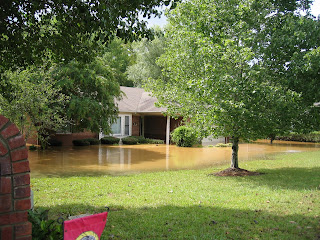 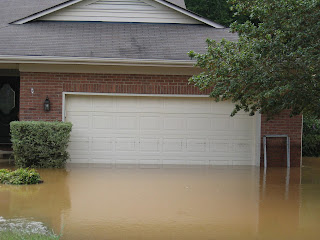 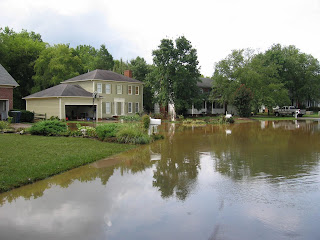 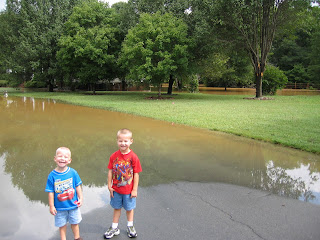 Context. It really does matter.

3 Commit to the Lord whatever you do, and your plans will succeed.

Yes! Prosperity Theology! Name It and Claim It! "Dear God, I commit unto You my big plans to win the lottery without even playing it! I know You have the power to accomplish this in my life, so now I await your outpouring of success."

4 The Lord works out everything for his own ends — even the wicked for a day of disaster.

Posted by C. Michael Pilato at 5:16 PM No comments:

Email ThisBlogThis!Share to TwitterShare to FacebookShare to Pinterest
Labels: bible

Q4H: Why does God allow suffering?

I was reminded this morning of a question I think most theists — and many atheists, when in let's-just-suppose mode — ask at least once in life: Why does God allow suffering? What's the deal with all the floods, earthquakes, volcanoes, tsunamis, tornadoes, and so on? I certainly have asked this question of Heaven myself.

Some time ago I was pointed to an online audio clip of an NPR interview with John Piper, a pastor at Bethlehem Baptist Church in Minneapolis, Minnesota. You can listen to the interview yourself at http://www.desiringgod.org/ResourceLibrary/Interviews/1678_The_NPR_Tsunami_Interview/. I think Piper's responses throughout the entire interview are amazing — his mastery of Scripture and natural ability to deploy it as needed are incredible. But two threads in this interview really stuck with me:

Judgment and mercy. The Flood and the Ark. The sweeping through Egypt of the Death Angel and the passover sacrifice. The wages of sin (death) and the gift of God (eternal life through Jesus Christ).

What brought this interview to mind today was a bit from this morning's Bible reading. I'm in the book of Job, now. If you don't know Job's story, it runs something like this:

Once upon a time, there was an extremely wealthy and extremely righteous man named Job. Job had a wife, kids, and crazy amounts of livestock and servants. Job pleased God.

One day, Satan and God were chatting, and God asked Satan if he'd noticed what a good, righteous guy Job was. Satan replied, "Well, of course he's righteous. You've given him everything he could possibly want and more. He only loves you because you're good to him." So God granted Satan permission to do whatever he wanted in Job's life, so long as Job himself was granted immunity. Satan used his temporarily extended leash to kill all of Job's children and most of his servants, and to have his livestock stolen by raiders.

Job was shellshocked, but remained faithful to God (a fact that God bragged about to Satan). Satan said to God, "Yeah, yeah, okay, so he passed the test. But that's only because you didn't let me touch his body." So God fed Satan a few more feet of tether, and Satan struck Job with terrible sores over his entire body.

Thirty-five chapters' worth of (really poetic) dialogue fly by. Job's bummed but still faithful, his wife isn't offering much by way of help ("Just curse God, die, and get it over with already!"), and he has three friends who've come by to cheer him up but seem to offer more mouth than mind. Finally, God Himself comes[1] to speak to Job and his buddies, to set the record straight, and ultimately to restore Job's wealth and rebuild his family. And they all live happily ever after.

Anyway, while reading about Job this morning, I noticed this bit from Job 12:13-15:

To God belong wisdom and power; counsel and understanding are his. What he tears down cannot be rebuilt; the man he imprisons cannot be released. If he holds back the waters, there is drought; if he lets them loose, they devastate the land. [emphasis added]

Why do we — why do I — find it so easy to assign credit (blame) to God for the holding back of good things, yet routinely fail to assign credit (praise) to Him for holding back the bad stuff, too? God may let many problems come our way, but just think about the ones He didn't let come. Two things routinely taught in Christianity are that mankind has a supernatural adversary (Satan) who seeks our ultimate destruction, and that Satan has been given dominion over the earth. How long do you suppose we'd survive if those were the only two factors at work here? So why do we remain? Mercy.

Job had it right. After Round One...

At this, Job got up and tore his robe and shaved his head. Then he fell to the ground in worship and said: "Naked I came from my mother's womb, and naked I will depart. The Lord gave and the Lord has taken away; may the name of the Lord be praised." In all this, Job did not sin by charging God with wrongdoing. [Job 1:20-22]

...and then after he was bodily afflicted:

[Job] replied [to his wife], "You are talking like a foolish woman. Shall we accept good from God, and not trouble?" In all this, Job did not sin in what he said. [Job 2:1-3]

[1] By the way, I love how God enters the scene here in Job 38:1-3: "Then the Lord answered Job out of the storm. He said: 'Who is this that darkens my counsel with words without knowledge? Brace yourself like a man; I will question you, and you shall answer me.'"