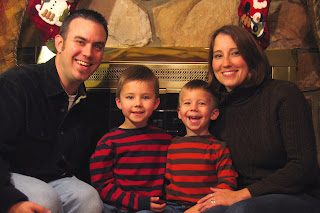 Q4H: What did the seven thunders say?

Today's reading has me in the book of Revelation. This book is an interesting read, as the whole thing is a massive vision given to a man named John who was living in exile on the tiny Greek island of Patmos. Is the vision full of allegory and metaphor, or is it to be interpreted literally? Well, that's an entirely different — and much larger — "question for Heaven".

Today, however, I have a more specific question. (Though, I won't be surprised if this turns out to be just the first of many such questions I have about this book's content.) In chapter 10, John is witnessing a strange event. A mighty angel is straddling earth and sea and toting a little scroll. Read with me from Revelation 10:2-4:

By now, my question is probably obvious: What was it that the seven thunders said, and why was John instructed not to reveal this?

I'd love to hear some scholarly opinions about this. Googling around turned up all kinds of not-so-defensible opinions, but maybe somebody else has a saner suggestion?

Mood: A little confused, with a hint of irritation.

The Bible I primarily read is The Student Bible, an NIV version "with notes by Philip Yancey and Tim Stafford." Today's reading has me in the minor prophet Micah's little book. As I started reading chapter 4, the text sounded a little familiar to me. Sure enough, I ran into one of the mini-sidebars in the text added for explanation presumably by Misters Yancey and Stafford. The note reads:

Micah 4:1-3, which describes the wonderful future in store for the world, has an almost exact parallel in Isaiah 2:2-4. Isaiah must have quoted Micah, or vice versa, or perhaps both quoted a third unknown prophet. Both prophets spoke in Jerusalem at about the same time.

My questions of the note-writers are: "How can you possibly have crawled the entire Bible, adding scholarly notes at a rate of approximately one note per every two chapters, and come to the conclusion that the only way Isaiah and Micah could have both managed to reveal the word of the Lord near-identically is if they were sharing source material? Did it never occur to you that God might say the exact same thing to more than one person?"