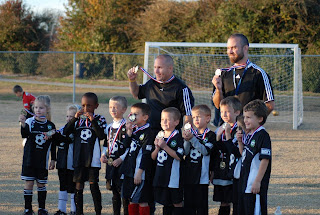 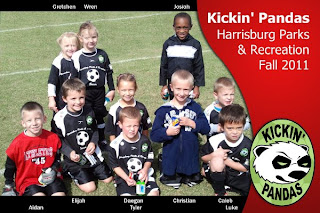 A few weeks ago, my church (Providence Baptist Church in Harrisburg, NC) celebrated the opening of its new sanctuary building. Some months prior, Pastor John Cashwell challenged me to compose a song to be used in the dedication of the building. (And I don't use the word "challenged" here lightly — writing songs from scratch is a craft I have failed miserably to refine.)

The song that resulted from those thoughts practically wrote itself. Here are the lyrics (sans repeated sections).

We will gather here today
We will worship, we will pray.
We will sing in one accord
We will bow before You, Lord.
We will bring our tithes and offerings to You, Hallelujah!

You have called us, every one —
Called us daughters, called us sons;
Called us to receive your grace;
Called us to respond with praise.
Now we're calling out to You, Lord Jesus,
"Come, come and fill this place!"


It's a simple song, really. But judging from the encouraging feedback I received after our worship team shared it during the Dedication Service for the new sanctuary, it served its purpose of helping our congregation focus on the real point of this beautiful building.

Some might wonder why I've posted these here instead of rushing them off to the U. S. Copyright Office and seeking a willing publisher. I'll tell you. I want to do my part to right what I think is a very large wrong in the artistic community in general and specifically the Christian music community. I'm talking about copyright assignment and restrictive licensing. How can a songwriter thank God publicly for his chart-topping worship song knowing that he sold the publishing rights to that song to a company that will slap a restrictive license on its playback and use? How does it make sense that corporations such as ASCAP, BMI, and SESAC can intimidate — or even prosecute — people who want to share worship music with each other? There is and has ever been exactly one Creator, and all man's works are mere remixes of the original. I'm not brave enough to restrict what's not mine to restrict. Because the laws of the land grant me the copyright on the songs I write automatically, I'll use those rights for good, freely licensing my songs so that others may benefit from them without fear of litigating, and encouraging their re-use by providing lyrics, recordings, and sheet music where I can.

UPDATE 9/5/2013: I've decided to post my original demo recording.  It's so unpolished and pitchy and ... well, that stuff just matters less to me than the freedom of the song.  So here's "Fill This Place":